I have some of the craziest, best news to share with you all. My family is moving to Tennessee! (I really need to learn where the double ee’s belong because that took way too many times to type!)

This story still leaves me a bit speechless, but I’ll do my best to tell you the amazing God things going on. Well, it all started 18 years ago. No, I’m not joking! For those of us who would like to know now all the parts of our future, well, just stop. It just doesn’t work like that. We had no idea this story was being written. None. But we lived each day (some days better than the others!) with a hope and faith that God was working in our lives.

So here’s the quick story:

Bryce’s youth pastor Kurt preached a sermon on Jacob wrestling with God one night at youth group. To be more specific it was March 13, 1997. Yes, Bryce remembers the date. Kurt told the students to make an altar and not to leave until they heard from God, so that’s what Bryce did. Fast forward to this spring. Bryce gets a call from that same Kurt. He was looking for staff at his church and wanted to see if Bryce would be interested in this tech/web/service planning position. For those of you that don’t know Bryce, those are his areas. Probably even more important than that was their heart for people. They serve their community well, believe in actively discipling people, and still hold the belief that the Holy Spirit wants to be active in our lives.

Over the next couple months, the guys talked and then the three of us talked until finally we decided it was time to take a trip down there to see if this was a good fit. During one of those conference calls, I literally asked Kurt if he had been reading my journal. All the aspects of the church were what God had been showing me over the last year. My mind was blown that God was working out things in my life, Bryce’s life, and this church all at the same time. God truly is doing more than we think he is. While we were down in Tennessee, I clearly felt God say, “this is it.” Bryce also had his own confirmations while we were there. So, we have decided to take the plunge and move to Maryville, TN. While we have taken “faith” steps before, our family has never moved out-of-state and had such complete trust that God has gone before us. We firmly believe this is where God wants us to be and while we have had many other options come up over the last year, this is the one God clearly marking as ours.

Here’s the craziest part. While Kurt was praying about who to bring on staff, God reminded him of that night in 1997. Who could have imagined? Ah! To all you loving and leading people, just remember that it took 18 years for this journey to make sense. Keep planting and watering those seeds. God uses your faithfulness in following his lead everyday.

I’m sure there will be many more stories, posts, and pictures to come about this now that I can share what God has been doing so deep inside of us. We love all of our people more than you could ever imagine. You are bright spots in our lives. Thank you for loving us so well.

5 thoughts on “We are Tennessee Bound!” 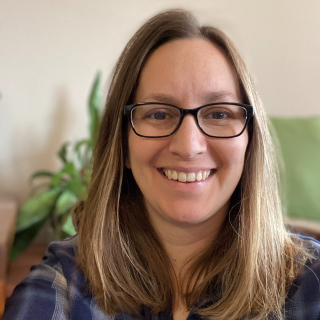